Watch Out for Scummy Contractors

Contractors often have a bad rep. While there are many scammers out there, there are also many great ones. Don’t let the stereo type make you believe that you can’t find a trustworthy contractor. Here are some red flags to recognize to avoid getting scammed before the job begins. The vast majority of contractors are honest, hardworking professionals. However, steps are needed to prevent landing a dishonest one; these include checking references, having a secure contract, and being alert to any red flags. 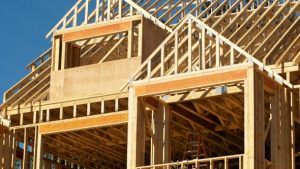 Scam 1: I need money upfront
This is the most common complaint reported to the BBB (Better Business Bureau). A contractor looking to scam you might tell you that he needs 50% of the project estimate upfront to order materials and rent equipment. Once you pay him, he either disappears altogether, or does sloppy work. He knows you can’t let him go, because he already has thousands of your dollars. Unfortunately, this practice is not limited to contractors. Generally, when you pay anyone for a service before work is completed there is less of an inclination to do a good job, because that person has already been paid.

How to avoid: Never pay more than 10-30% at the most of the job upfront. It is enough money to show the contractor that you are able to pay for their services, but small enough to where they have motivation to get the job done right. A lot of people fall into this trick because they “feel bad.” The contractor will convince them that they need more money than this before they begin in order to pay for things ahead of time. Know that if they are experienced, they will have ties with certain companies who provide to them on credit, because they have a good history with them.

Scam 2: Take My Word for It

When you first meet with the contractor, he’s very agreeable about all of your needs. However, somewhere along the way, he does little things without discussing them with you, and claims that they were “necessary,” but did not speak to you about them, until after the fact. These “little things” often amount to a pretty penny. Rest assured, that those details he “suggested,” and performed without asking you about, will show up on your bill.

Sometimes it is the opposite. Perhaps you told him certain work that did need to be done, but you didn’t include it in the estimate because you thought you had a verbal contract. Don’t assume that a verbal contract will hold up–it won’t.

How to avoid: Unfortunately, you have few to no legal options, because you signed a contract that didn’t include details. All you can do is prevent this before it happens by making sure everything is written into the descriptions. If there are any alterations, have you and your contractor initial next to those changes. If there are many changes, a new contract needs to be drawn up.

Scam 3: I Don’t Need to Pull a Permit

A contractor is legally required to get a building permit for any construction project that is considered significant. This is so that building officials can come to the site as often as is needed to be sure that the project is meeting any and all safety or building codes. On smaller jobs, an unlicensed contractor might try to tell you that the building officials won’t notice, or that its “not a big deal.” 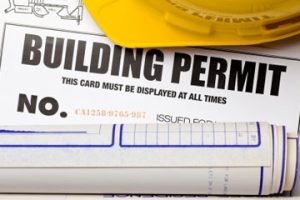 How to avoid: Always be sure that the contractor gets a building permit. If he refuses, hire a different contractor who will get one.

Scam 4: We Ran Into Unforeseen Problems

This is the most notorious scam to look out for. This usually comes into play mid-project, and even better, after the job is complete. Suddenly, the price you had previously agreed on is 3x higher than discussed. He will place blame on everything but himself–usually it will be your “house’s” fault. He will tell you that there were structural problems, or wall damage before he began.

It is important to be aware that contractors looking to scam will bid jobs suspiciously lower than expected. This is because they plan to find excuses to raise the price later.

How to avoid: Before signing the contract, make sure it includes a procedure for change orders with a  description of work, and come up with fixed prices for anything added during the job. The extra work, no matter what circumstances it was needed, can proceed only after the change order is signed by both homeowner and contractor. 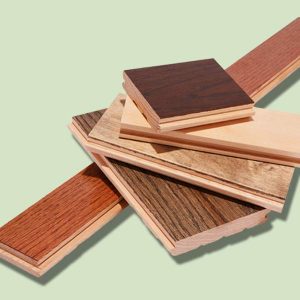 This is a great one–usually this is because they have materials that can’t be returned to a supplier. So they’ll come and drop it off and even quote you a fantastic price. Even if it is a bargain, taking this offer is very risky because you don’t know where these materials came from, and they could break or fall apart in a year or two.

How to avoid: Never hire a contractor on the spot. Take your time to check contractors out to make sure they have a good reputation and perform quality work.

10 Warning Signs When Hiring a Contractor

Get Your Fast Cash Offer Today!